10 3D printing innovations to see at TCT Show
by Laura Griffiths
18 September 2017 17:01
RSS Print
The 22nd TCT Show is just around the corner and with over 200 exhibitors getting ready to showcase their latest and greatest, there are plenty of reasons to join us at the NEC, Birmingham on 26-28th September. We’ve already had Dan’s tips for making the most out of our annual flagship event, our biggest to date, but with so much to take in across three days, we’ve rounded up just 10 things – new products and applications of 3D technologies – that you should take some time to check out on the show floor. If you haven’t done so already, register here for your FREE ticket and we will see you there.

Following a monumental first outing at RAPID + TCT in May, Desktop Metal (Stand E38) comes to the UK for the first time with its groundbreaking metal 3D printing technology. The Boston start-up has launched two technologies, an office-friendly Desktop Metal Studio System which uses a patented Bound Metal Deposition process and a Production System which uses Single Pass Jetting (SPJ) to build metal parts within minutes rather than hours. With more than $210 million in equity funding from the likes of GV, GE Ventures and BMW, and more than 138 patents filed, Desktop Metal says it’s reinventing the way engineering and manufacturing teams produce metal parts.

Formlabs
Expand
Formlabs Fuse 1
The Fuse 1 delivers the renowned benefits of SLS, while also boasting the reliability of its Form 2 3D printer.

Manufacturer of the world’s best-selling desktop stereolithography systems, Formlabs returns to TCT Show this year and introduces an entirely new product that has never before been presented in the UK. The company’s new Fuse 1 system will be presented by Eduardo Torrealba on the Product Stage and represents a change in direction as Formlabs aims to shake up the selective laser sintering (SLS) market with a system that’s compact, safe and affordable. Launched in June, the Fuse 1 is around 20x less expensive than the next cheapest industrial SLS machine and enables the production of large and geometrically complex prints without the need for supports in Nylon PA 12 and PA 11. Visitors will be able to see a range of parts printed on the new machine on stand H30.

Photopolymer and 3D printer manufacturer, Photocentric will have its biggest stand (H56) yet at TCT Show where it will exhibit four LCD printers, including the new, high-resolution LC Precision and the soon to be released LC Max with a 40” screen. Priced at £799, Precision is Photocentric’s fastest and highest resolution LC printer to date with a layer print speed of under 8 seconds.

“We are excited about being able to offer a full range of printers for all budgets,” Sally Tipping, Sales Director at Photocentric, told TCT. “Our focus, however, is just as much on the resins as the printers and we want people to know that we manufacture a large range for many different printers.”

McLaren-Honda Formula 1 to be presented at TCT Show 2017

Stratasys is set to showcase the latest developments from its ongoing partnership with McLaren Formula 1 Racing. In a TCT Show exclusive, Stratasys will present the 2017 McLaren-Honda Formula 1 race car, demonstrating how the race team is using Stratasys FDM and PolyJet technology in prototyping, tooling and final part production. Simon Roberts, Operations Director, McLaren Racing will also deliver a keynote talk on the Main Stage, on Tuesday 26th September at 11am explaining how McLaren Honda’s partnership with Stratasys enables the team to explore new applications and take innovation in F1 to a new level.

Rize
Expand
Rize One 3D printer
Rize One is also the only office-safe 3D printer, with no toxic particle emissions, mess or harmful materials throughout the process and without post-processing after printing.

Rize will launch its new Rize One 3D printer in the UK at TCT Show, marking the first time that the Rize One 3D printer will be seen live by UK and European audiences. Visitors will be able to see the machine on the show floor and learn about the Rize One’s patented, safe and environmentally-friendly Augmented Polymer Deposition (APD) technology which can produce injection moulded-quality parts with virtually no post-processing. Rize will be also be exhibiting isotropic, watertight, parts with high HDT and detailed text and images that are twice as strong as similar technologies. Plus, there will be opportunities for visitors to apply to become a Rize Authorised Reseller.

LPW Technology, the market leader in metal powders for additive manufacturing, will be showcasing its full traceability solution with both a newly released software and a hardware component of its PowderLife solution on booth E42. PowderSolve and PowderTrace are two products expressly designed to monitor and control powder condition, adding traceability, reliability and confidence throughout the powder lifecycle from powder to part.

Autodesk
Expand
netfabb.png
Autodesk will demonstrate its Netfabb solution for additive manufacturing along with its full range of Digital Manufacturing software including programs for tooling design, machining, fabrication and inspection at TCT Show. Netfabb provides users with the ability to capitalise on the design freedom offered by additive manufacturing. It helps in the creation of complex shapes with additive that would be impossible or uneconomic to produce with conventional technology. Visit booth E50 to find out more about the software and how you can access a free trial.

Desktop 3D printing leader, Ultimaker, will outline its new software strategy designed to improve user experience and accessibility. The announcement will be made public on day one at 12.00 BST on Ultimaker’s booth F18, by Siert Wijnia, founder of Ultimaker and Paul Heiden, Senior VP Product Management at Ultimaker.

Siert Wijnia commented: “This is the fifth time we are attending the TCT Show. Besides the fact we are extremely proud to have been nominated for the TCT Awards with our impressive Volkswagen Autoeuropa use case, we are very excited to be revealing our new strategy during the 22nd edition of the TCT Show.”

OR Laser
Expand
ORLAS Creator 2
The ORLAS Creator will be demonstrated live in the UK for the first time by Laser Lines.

Along with machines from Stratasys and Deskop Metal, 3D printing and scanning distributor, Laser Lines will be showcasing OR Laser’s ORLAS Creator 3D metal printer the first time in the UK.

On Stand D56, Laser Lines will present the fully contained, powder bed additive manufacturing system, and show how it can produce components from a wide variety of metal powders, including stainless steel, tool steel, titanium, nickel based alloys, among others, suitable for the jewellery, dental, and medical markets. 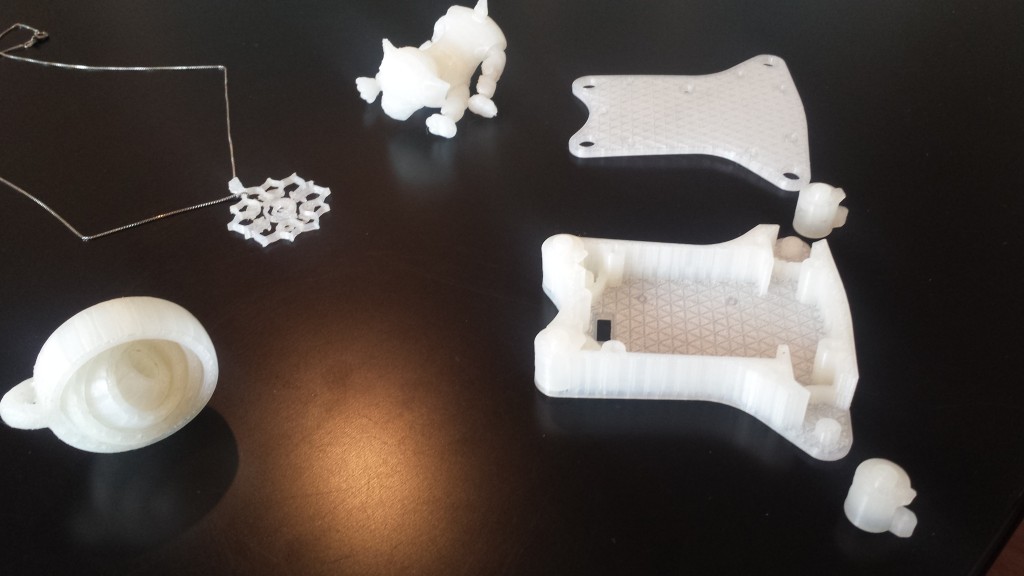 Things to consider when choosing a 3D Printer:
1. Print Speed: how quickly can it produce a product?
2. Print Accuracy: How fine of a part can it create? (2 micron minimum quality)
3. How many colors or plastic types can be used in the same copy? (How many heads? 1-3)
4. What types of materials can the printer print in? Mike: PLA: is not a very strong material, it would be least good relative to ABS or Nylon.
5. Can it self-calibrate?
6. Does it have a heated platform?

Which printer do you recommend? Why? nothing less than $1,500. Ultimaker makes a good one with a heated platform, Stratasys u-print is a good one.

Polyjet is more expensive printing but is a higher level of detail using a resin that is cured with UV light.

(on-line recommendation) Makerbot 12″ x 12″ x 18″ made in Brooklyn. (Makerbot is a Stratasys company)

How much does a 3D printer cost to maintain? roughly 10% of the purchase price on an annual basis (according to Anthony – Stratasys sales rep.)