Hello everyone! I have completed another airplane. Many of you probably wonder (like my wife) if I could really need (or want) to build yet another airplane? Honestly, I don’t think I will ever tire of building aircraft. If it flies, I want to build and fly it 🙂

This plane is different than anything that I have built before as I built it with the intent of flying in the dark!

The pictures and video do not do it justice. There are 150 l.e.d. lights (most of them on the inside – making it glow from the inside out). It is extremely bright and just looks awesome in the sky. Watch the video to get an idea of just how cool this plane looks in the air and then maybe I can fly it with some of you in person so that you can get a feel for just how incredible it is! I am certain that many will wonder about UFOs when they see this flying overhead 🙂

Maiden flight was January 4, 2014. Maiden was from the frozen lake behind our house. Landings were awesome on the ice. 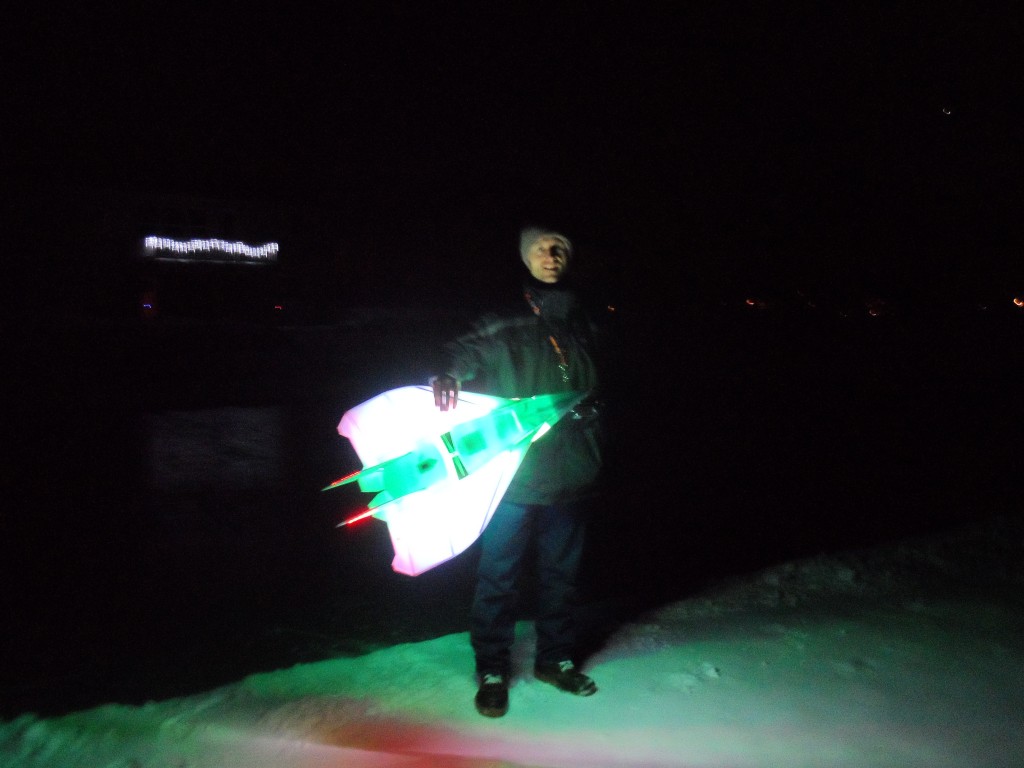